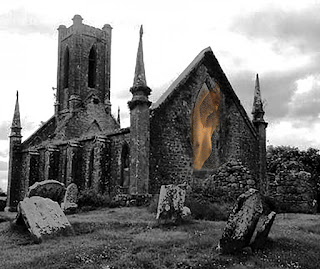 Things I am in love with

With this note in my sketchbook artist’s book, I realized that my emotional health has recovered.

Shut down for many years, a lifetime of devastating abuse from narcissists claiming emotional intelligence but when asked for the evidence, they left blaming me, for asking. The love of my life for a few months.

Now accepting this disappointment, I focus on what I find satisfying, this way I am independent in my love of life, self-reliant. No longer full of shame embarrassment guilt depression rage anxiety(terror) hurt and jealousy. No longer capable of being manipulated with these things.

As Robin Williams said in Good Will Hunting, It’s not your fault.

Overvalue Undervalue Dump Smear, I can’t make anyone do that. They say all the right things a lover says, but.they.lie.

How to protect me so I don’t live in a fortress of solitude?
Ask for what I want.
Because healthy people have a frank conversation with a willingness to compromise, the ones not so healthy, narcissists, borderlines, etc. leave sooner than later smearing as they go… They manipulate by withholding sex. Ask for sex. Appropriately. Doesn’t matter if they say yes, if it’s a chore, leave. Run.

Carol said she would kill herself if I went to my stag before our marriage. At that time I was so full of terror of being abandoned I went along with it. A year of marriage and still no sex. Finally, she left, blaming me, I was devastated and turned to my new friend cocaine to ease the pain.

Barbara also withheld sex as did Sue saying I pressured her into having sex when she was drunk and she practically raped me.

Fortunately, the penis knows the difference between coercion and happy compliance and it was never consummated. Sloppy drunks are a turn-off.

Jerald Blackstock
Jerald trained formally as a painter at the Alberta College of Art and Design from 1992 to graduation in 1996 having three times achieved the President’s Honour Roll. He earned his BFA in 1998 from Alberta University of the Arts with a focus on digital art studies and a minor in creative writing. He holds a certificate in Adult Education from Mount Royal University. He taught for 10 years at AUArts, MRU, and long term care homes doing recreational therapy through art making. Previously he studied drawing and painting privately under Gary Ripley at Grip Studios in Calgary, Alberta from 1972 till 1980 with a focus on the materials and techniques of the old masters. His first career was as an addictions counsellor for Alberta Alcohol and Drug Abuse Commision where he was trained in REBT, Rational Emotive Behavior Therapy, developed by Dr. Albert Ellis the foremost psychologist of the last century. Jerald’s publications draw heavily from the history and traditions of Western European fine art, street photo, digital fuckery and psychotherapy.